Benefits that can be realized through Liquid Nitriding:

In many cases, it is being used as an alternative method for surface heat treatment process such as hardening, hard chrome plating with equivalent or better properties. 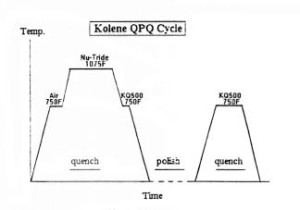 The term Kolene “QPQ” is based on a sequence of process events that occur directly following the nitrocarburizing cycle. Referring to the time-temperature profile in Fig. 1, the development of the Kolene QPQ Process may be followed. It begins with the treating cycle of the nitrocarburizing segment, i.e. pre-heat, Del-Nite salt, Delamin Del-quench salt bath quench (SBQ), which produces a layer of epsilon iron nitride, Fig. 2.

The next step is a mechanical polish of the nitride layer, thus restoring the original surface finish. This may be accomplished by vibratory polishing, lapping, centerless polishing, or by other similar means. Finally, to optimize the corrosion resistance, the component is then reimmersed in the Del quench salt quench bath for 20-30 minutes, rinsed and oil dipped. The resulting sequence of quench-polish-quench operations is thus termed the Kolene QPQ Process and may be expressed generically as SBN/SBQ/polish/SBQ. 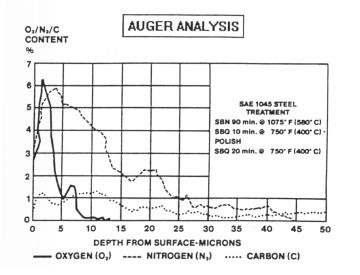 The change in surface chemistry of the workpiece resulting from the Kolene QPQ treatment may be determined by tracking the nitrogen, carbon, and oxygen pick-up through use of Auger analysis. Results, shown in Fig. 3, denote the levels of nitrogen and carbon as a consequence of the nitrocarburizing bath (SBN), and the extent of the oxygen pick-up occurring from the reimmersion in the final oxidative bath (SBQ). The oxygen is present in the form of iron oxide, Fe3O4, 3 to 4 microns thick. It is this layer of iron oxide that produces an improved corrosion resistance for non-stainless steels and provides a lustrous dark finish.

Each engineering property developed through nitrocarburizing, i.e. resistance to wear and corrosion, lubricity, and fatigue strength, may alone satisfy a particular application. However, experience indicates that it is more probable that two or more properties will be utilized in combination to insure successful performance of a part, and most often, this includes corrosion resistance. When surface degradation due to corrosive environments is of primary concern and the corrosion protection provided by nitrocarburizing alone may not be adequate, the Kolene QPQ adjunct may be specified to increase the protection. 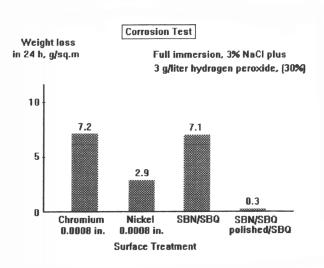 The level of corrosion protection provided by SBN and the SBQ/polish/SBQ adjunct is displayed in Fig. 4, as compared with other surface treatments including deposition coatings. The degree of corrosion is determined by the weight loss in g/m2 in 24 hours after immersion in a NaCI/H202 solution. Results demonstrate that salt bath nitrocarburizing (SBN) followed by the SBQ/polish/SBQ sequence provides the maximum corrosion resistance, 0.3 g/m2, as compared to chromium plating, 7.2 g/m2, nickel plating, 2.9 g/m2, and SBN/SBQ (oxidizing salt quench), 7.1g/m2.

Another comparative evaluation of corrosion resistance was based on the ASTM B-117 salt spray procedure. Three surface treatments were selected, hard chrome, electroless nickel, and SBN with the SBQ/polish/SBQ adjunct, and applied to spool shafts used in automotive steering columns. The results, shown in Fig. 5, demonstrate the superior protection provided by the SBN/SBQ/polish/SBQ treatment, even after 336 hours exposure to the salt spray testing environment. 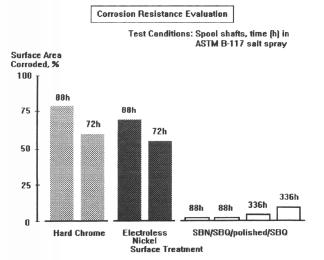 Exposure to corrosion and wear represent the most common combination of operational conditions associated with applications requiring engineered surfaces. Hydraulic and pneumatic systems are examples of just such applications, particularly the piston rods. The wear resistance (and lubricity) of the rod contact surface is important so as to maintain the designed characteristics of the of the sealing system, whether it involves a gas or liquid filled cylinder. Furthermore, in many applications, the piston rod is exposed to various degrees of environmental corrosion especially in the extended position. The products of corrosion may not only adversely change the surface contour but also may abrade the seals.

Applications that have realized increased performance through SBNISBQ/polish/SBQ include piston rods for gas springs, cylinders and rods for hydraulic systems, and shock absorber piston rods. Components dealing with fluid flow e.g. pumps, shafts, valves, are also treated to impart resistance to corrosion and wear. In many such applications, SBN/SBQ/polish/SBQ has proven to be a successful substitute for deposition coatings such as chrome plating. 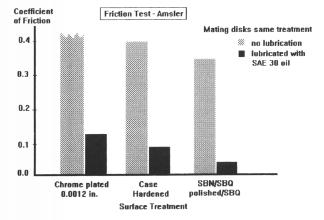 One of the intrinsic properties of the epsilon iron nitride formed during salt bath nitriding is its relatively low coefficient of friction. By including the SBQIpolish/SBQ adjunct after SBN, surface lubricity is still greater than a chrome plated surface or a case hardened surface as determined both with and without lubrication, shown in Fig. 6.

One application that makes use of the lubricity and corrosion resistance provided by the quench – polish – quench adjunct of SBN is the ball stud, Fig. 7, a part of the transmission linkage for the automotive windshield wiper system. Originally machined out of stainless steel, it was determined through testing that a cold formed, low carbon steel component, treated by SBN and the polish and re-oxidation adjunct produced an acceptable part with a significant saving in manufacturing costs.

Cast iron parts are also Kolene QPQ treated to develop particular engineering properties. The ductile iron housing shown in Fig. 8 is part of a gear pump used in dehydrating natural gas as it comes from gas wells. The pump system handles glycol through a wide range of temperatures and viscosities. Since glycol has limited lubricity and can be highly corrosive especially at elevated temperatures, the treated surface provides the necessary frictional and corrosion resistant properties to enable successful pump performance.

Fatigue strength is another engineering property to consider, especially regarding the influence of a corrosive environment. It is well documented (Kolene Technology Update “Salt Bath Ferritic Nitrocarburizing”) that an increase in fatigue strength of SBN components under bending or torsional loading is due to the presence of nitrogen in the zone subjacent to the compound layer called the diffusion zone. The level of strengthening is directly related to the amount and in what form nitrogen occurs. 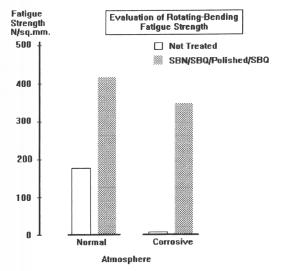 The importance of the quench-polish-quench adjunct to SBN is shown in Fig. 9, a comparison of rotating-bending fatigue tests performed under different atmospheric conditions. In a normal environment, the initial fatigue strength is 180 N/mm2 increasing to 420 N/mm2 after the SBN/SBQ/polish/SBQ process. As noted, this increase of over 100% is attributable primarily to the strengthening effect of nitrogen in the diffusion zone.

The significant influence of a corrosive environment is first evident when comparing fatigue strength levels of the non-treated test specimens in the normal and the corrosive atmospheres, 180 N/mm2 and 7 N/mm2 respectively, a 96% decrease in strength. However, a comparison of the relative fatigue strengths of the test specimens after SBN/SBQ/polish/SBQ treatment shows a distinct reduction as to the adverse effect of the corrosive environment, 420N/mm2 in a normal atmosphere vs. 350 N/mm2 when tested in a corrosive atmosphere. This is equivalent to about a 17% loss in strength resulting from corrosion. It follows that performance of components subjected to cyclic bending loads, e.g. support brackets, rotating shafts, etc. may be improved significantly by the Kolene QPQ treatment, particularly when operating in a corrosive environment.

The Kolene QPQ Process significantly enhances the corrosion protection of cast iron and steel components and thus provides a more effective and environmentally acceptable alternative to deposition coatings, e.g. chrome and nickel plating. Furthermore, this process used in conjunction with carbon steels has proven itself as a viable replacement for stainless steels with an appreciable reduction in material and manufacturing costs.

About this Technology Update:

The following Kolene Corporation trademarks are used in this document: 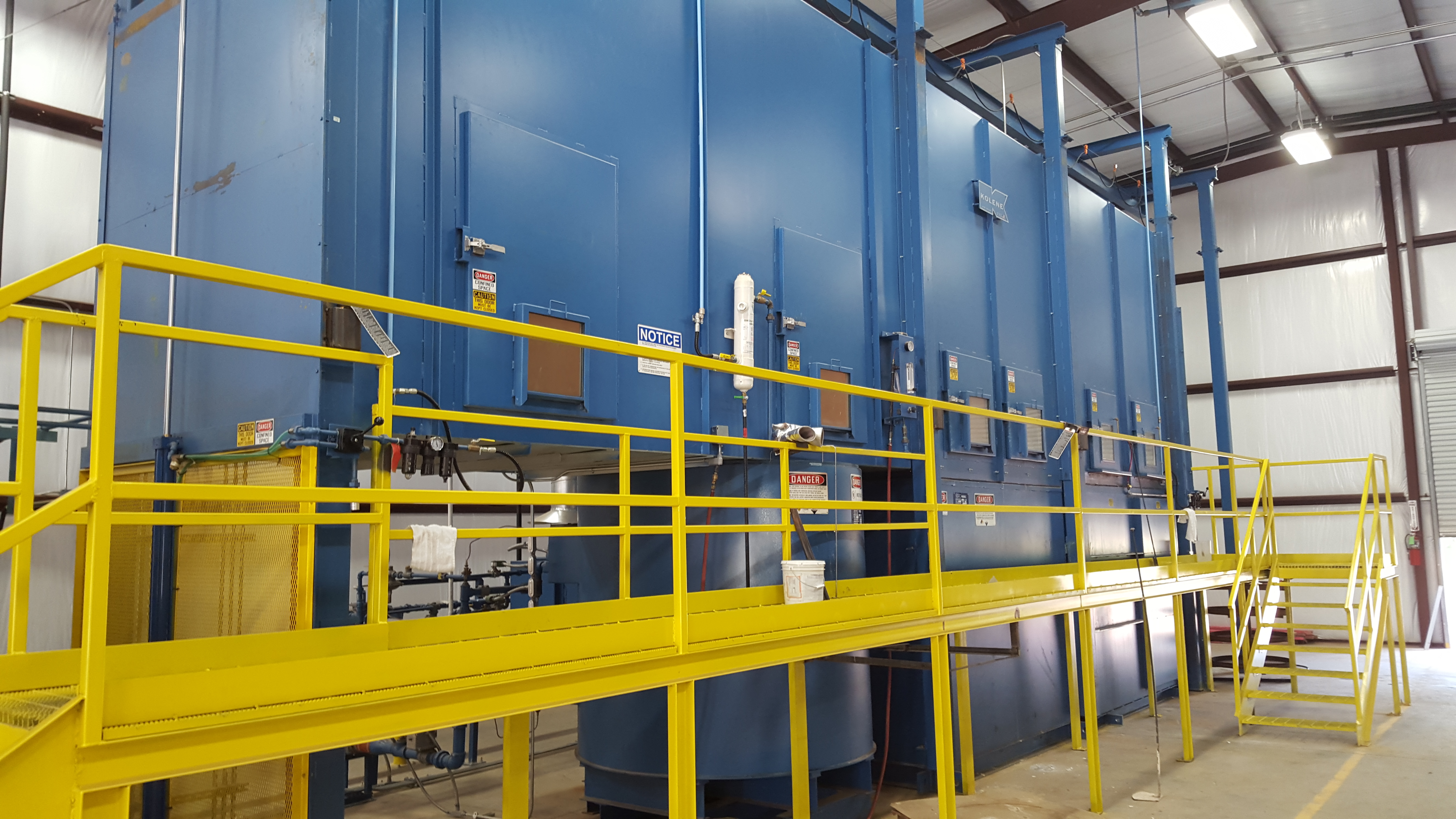 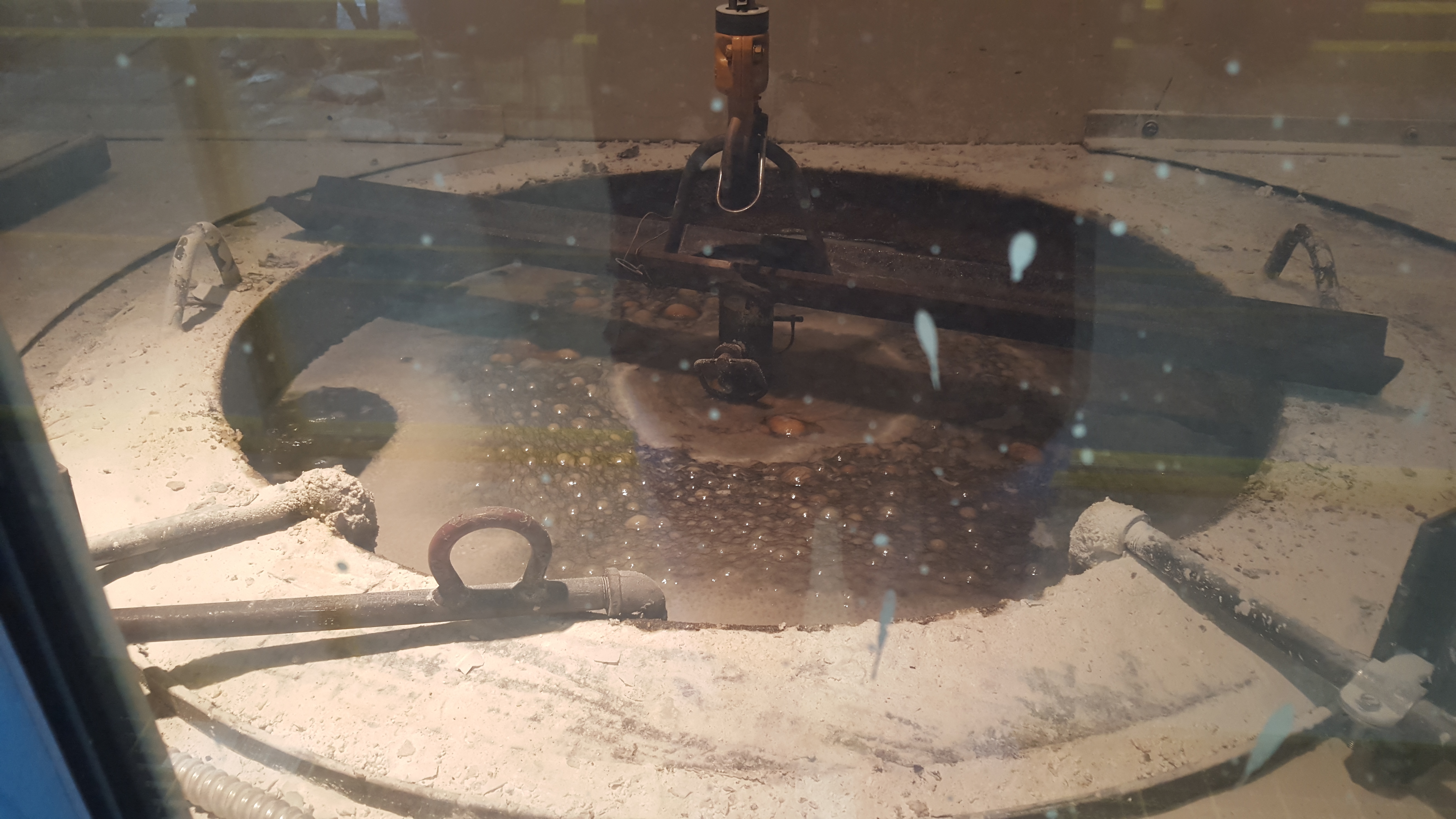 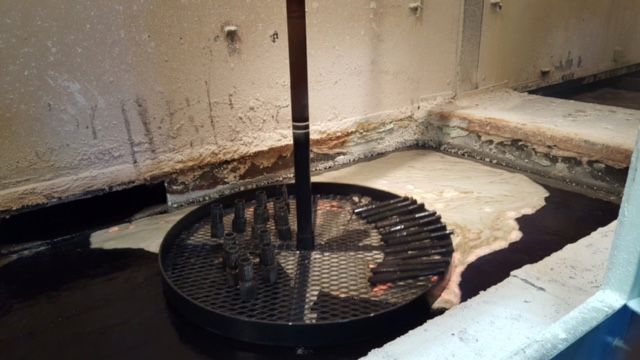 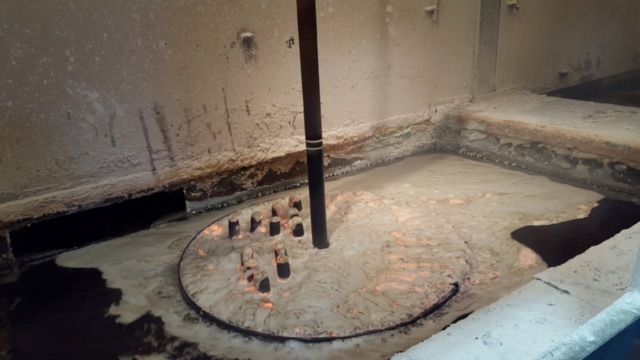